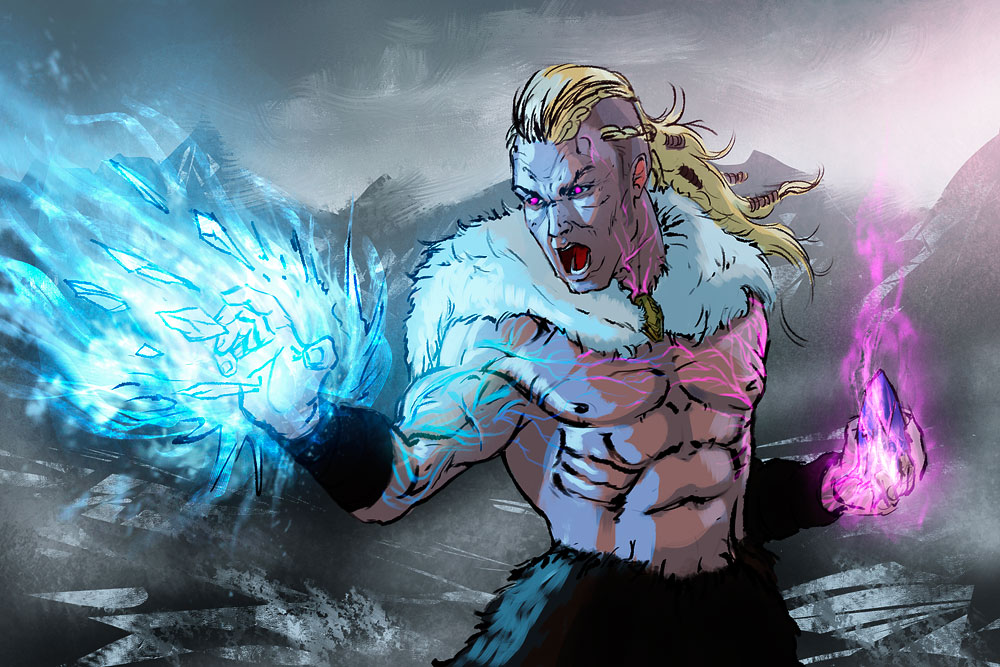 The Nontu are a people of a tribal and primordial type, by nature warriors with a very concrete character, who have however given life to a complex and intricate society.

Once they landed on Krenus, on the basis of their different responses and the area where they were exposed, their bodies suffered a strong side effect from the Albedonite, and mutated, growing stronger in the process and bringing forth markers on their body, including decorative ones, according to the element with which they hybridized.

On the basis of these differences, different tribes became established, evolving into races. The values which the various races believe in are so different that over time they have created rifts within the faction, dividing the various peoples.

Nontu society is meritocratic, based not only on strength, but also on cunning and tenacity. Everything must be earned and maintained through a series of trials. Every race (Ukuba, Amaki, Maja, Elhani) has a Chief of the Lineage, known as the Tootemank.

The Grand Tootemank is the head of the Supreme Chief of the Lineage, and wears the Keitkirch, a ring into which the Keitu flows. Every race has also a Council made up of three members: a hunter, an elder and a young warrior. The Assembly is the meeting of all the Tootemanks and of the various members of the Council. On the basis of the Regions colonized and their changing physical and cultural characteristics, the Nontu have been split into various races, i.e.:

Inherited from the original Nontu, these are the trials which make up the Path, i.e. a series of tests for each Nontu to deal with life. On the basis of the outcome of these the Nontu acquire their roles, continuously called into question.

The life of the Nontu is thus marked by some fundamental passages known as The Ways, which correspond to changes of role within social groups. Each of them coincides with a precise age and decides the fate of every inhabitant. Here they are in order:

The Huntakhi are the special corps of Albedonite hunters and they are selected and sent from every single race as a tribute to society, each making their choice in a different way from the point of view of values and strategy. Jarnis is their supreme commander, just as he is for all the Nontu.

THE HUNTAKHI DIVIDED BY LINEAGE[]